Despite the Saturday afternoon heat, a small and enthusiastic group of Do Arty Stuff art aficionados gathered to check out the open studios in Poblenou by bike. Our first stop was just a short ride away, the Loft85 on Carrer del Pallars. Dutch illustrator Inge Nouws was happy we showed up as a Meetup group and thus gave us a warm welcome and a tour of the space.

Since 2005 she focuses on children’s illustration and for five years now has been teaching creativity and illustration classes to children and adults in Spain and Holland. She had her notebook illustrations and cut-outs on display, as well as pieces from a children’s workshop, which were illustrated shopping lists turned into stories. Argentinian artist Viviana Guasch, who came to Barcelona in 2010, gave us an introduction to her current work revolving around the planet Lilith and the female form. Her explorations are multi-disciplinary and currently involve paintings and works with textile sculptures as well as collages. 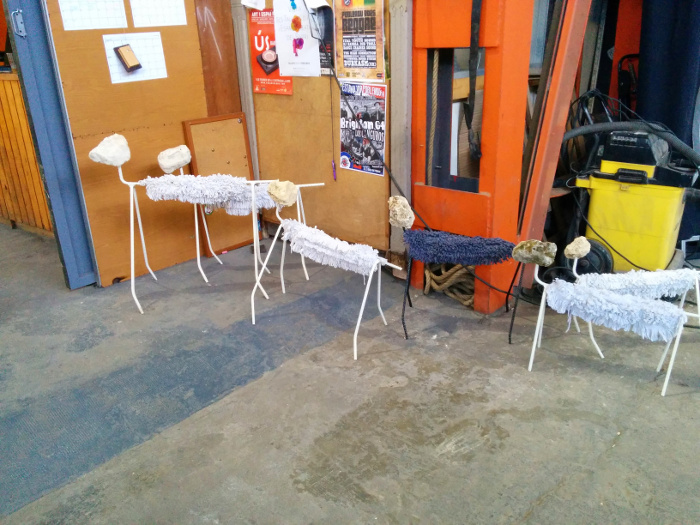 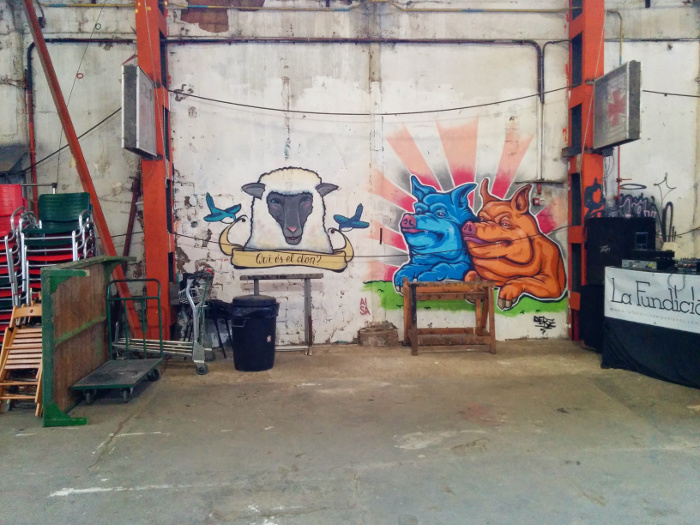 Other artists and works at La Fudició included the ceramics and sculptures of Fani Pizarro, art made of puppets and recycled materials by Electroika and the puppets by Digital Puppets. Also interesting to see was the workspace of Josep A. Fitó, who restores bicycles. Luckily, our bikes were all in working condition, yet we continued on foot just around the corner to the Pentaculo Escultores, where we saw sculptures small and large made of wood and stone. 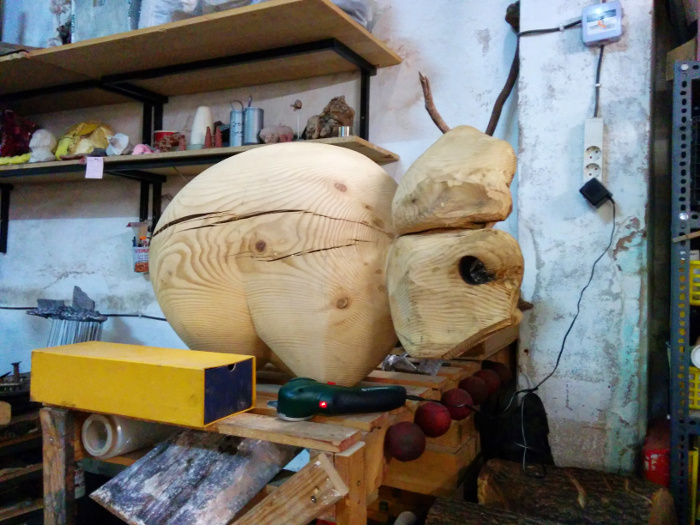 From there we crossed Diagonal to check out the open studios at the Hangar. The work presented here was mainly installations, some making use of video or audio material. Not everything was set up to work, and without a tour or artist’s explanation, most pieces were up for interpretation and thus received with a take-it-or-leave-it attitude. The Hangar had set times for video screenings and presentations, and since we showed up at a random time, we missed any of that. 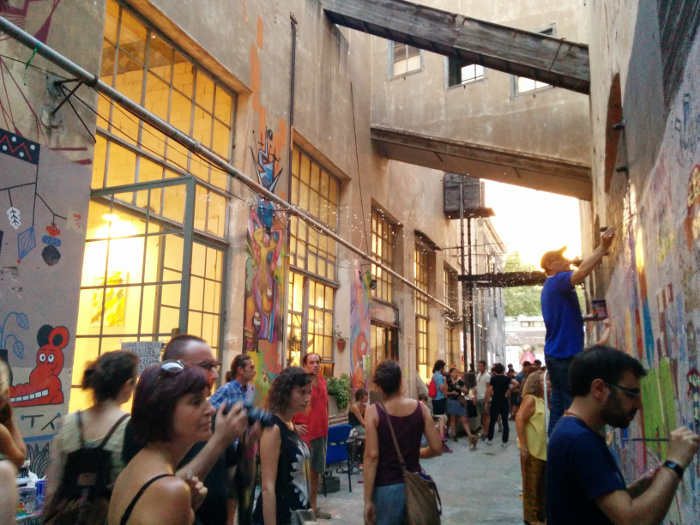 Our last stop turned out to be La Escocesa, which drew quite a crowd and was just moving over into live music and evening festivities. There was mural painting going on, and the open studios presented a great variety of different styles and approaches by artists of a multitude of backgrounds as well as ages. 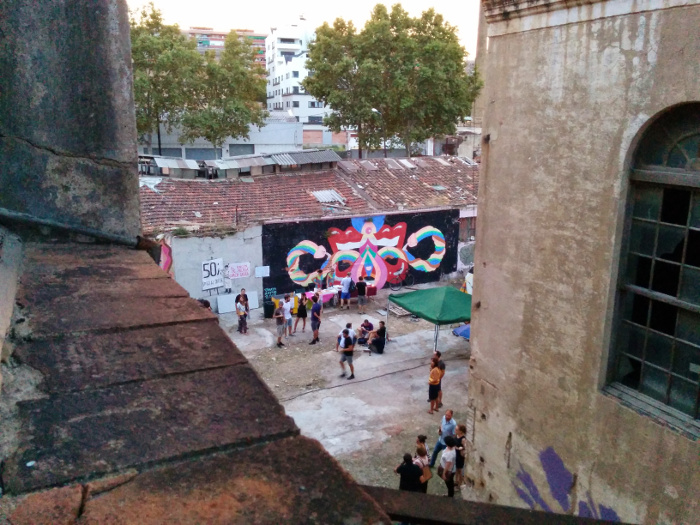 View from the rooftop at La Escocesa.

A personal favorite was the huge rooftop terrace, which not only gives you an impressive panorama of Poblenou, it’s also a wild splash of colors and the perfect spot to catch the sunset. 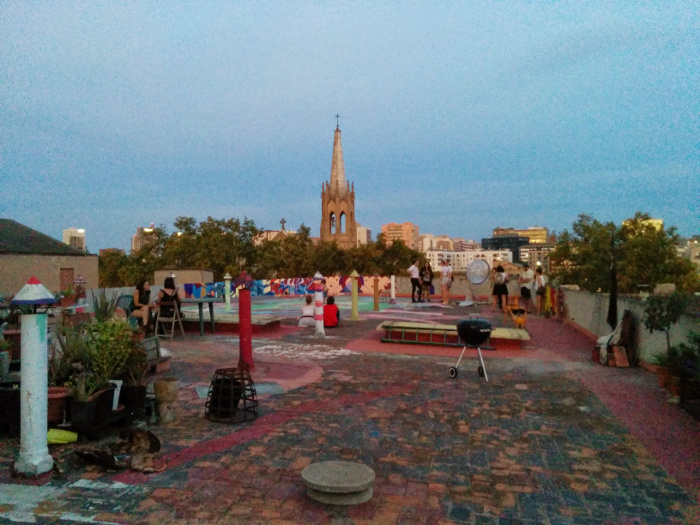 View from the rooftop at La Escocesa.

Our Meetup disbanded here, with some people staying behind to enjoy the drinks and live music, but Do Arty Stuff will return to La Escocesa on September 27 for more live painting at the third mural art festival. 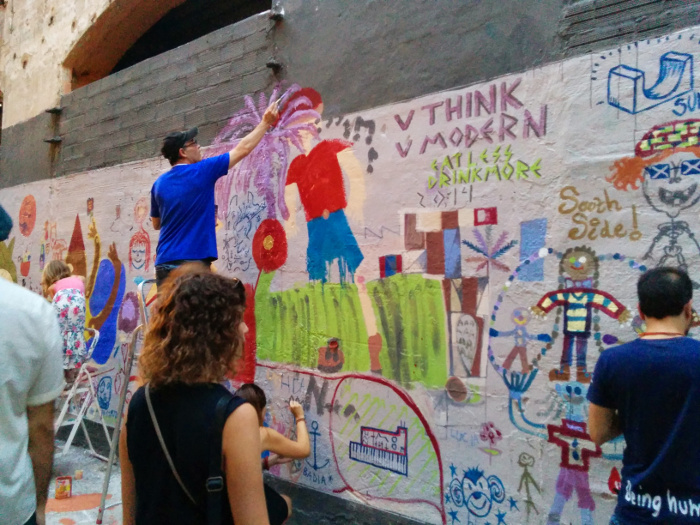 Work in progress at La Escocesa.

I wrote this originally for the blog Do Arty Stuff covering a bike tour of the open studios in Poblenou, Bacelona with a Meetup group in September 2014. The blog renamed itself to Artssspot since then.