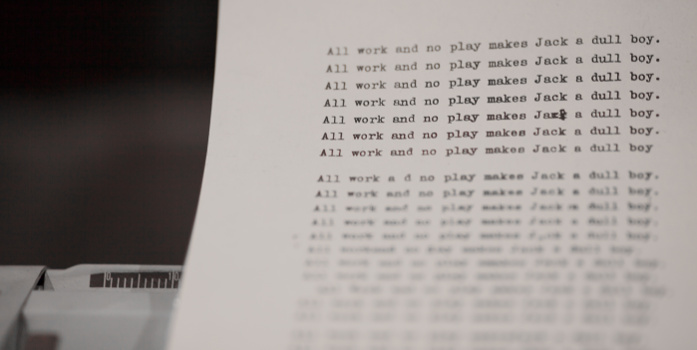 A very subjective look at art

The idea of the BBC editors was that such lists too often only focus on the greatest movies of all time and are infused with nostalgia. Their own poll for the greatest American films of all time only included six movies made since 2000. So for the 21st century’s greatest, they only went as far back as the year 2000 – a somewhat arbitrary cut-off date.

It’s easy to pick apart the list based on any perceived flaw. You might argue that some directors have achieved their most outstanding work before the year 2000; you might say that film critics hardly represent popular opinion anyway and the taste of the masses is hardly represented; or you might simply disagree with Richard Linklater’s Boyhood ranking of top 5.

A snobbish look at movies

After discussing the BBC list with various people, some of movie-making background, it became apparent that deep down, we’re all snobs. We enjoy these kinds of lists when they largely agree with our taste and stereotypes, and we put them down when we see too many titles we don’t like (or worse, don’t know). At best, such a compilation of top movies can serve as inspiration and provide opportunity to go out and see something with which you otherwise would not have come in contact.

In my case, I’ve learned that I make a distinction between movies which are based on a literary work, and movies which were written specifically for the screen. When I don’t enjoy a movie and it is based on a novel, in rationalizing my distaste, I will only go as far as saying that what’s on the screen fails to do the original work any justice. An example here would be On The Road, released in 2012.

Contrary to that, many great movies are literary adaptations (as an aside, Adaptation itself is an interesting take on the book-to-movie transformation) and I have no problem admitting their greatness or artful realization of the original. However, the snob deep down inside of me believes that a film-film (a movie solely created as such) is the greater work of art. For a film d’auteur or Arthouse production in which a director has control over all artistic aspects of the movie, from script to final cut, the director can be seen as the sole author of the work. If I like a movie of that sort, I can’t help but rank it higher than, let’s say a remake of another movie.

Also, being a writer, I believe that a novel is a higher form of art than a (mere) movie. But before we move into the territory of words-vs-pictures, let me point out an inconsistency in my snobbishness. Very often, a writer relies heavily on an editor. To stay with On The Road (the novel): I honestly prefer the edited version to Jack Kerouac’s original scroll. A lot of Thom Wolfe would be unreadable in unedited form. Posthumous publications like David Foster Wallace’s The Pale King would be impossible without an editor. Regardless of that, I only credit the writer for literary authorship, whereas a director who hands over his control of the final cut (or is coerced by contract to do so, the commercial bitch), is a lesser artist.

Remember Hunter S. Thompson’s cameo in Fear and Loathing in Las Vegas where Johnny Depp playing Hunter is staring at a future version of himself, played by the real Hunter? On the set around that scene, there was a documented encounter between director Terry Gillliam and Thompson where each praised the other’s chosen art. Hunter S. Thompson used the cliché of a picture being worth a thousand words to illustrate the point that at x frames per second, a filmmaker was able to churn out copy faster than Hunter ever could. Gilliam lamented the fact that while Hunter could create whole worlds out of mere words, he had to bother with a crew and set and budget and still struggled to come close.

Incidentally, Words and Pictures is a movie about the rivalry between an art instructor and an English teacher (and their students) about whether words or pictures are more important – or wield the greater power. Spoiler alert: the movie ends in reconciliation and a draw, but that goes only for creating original pieces of art.

There are limitations to adaptation. Paul Thomas Anderson’s Inherent Vice is such a case. It’s a great movie and a solid effort at a first-ever on-screen Pynchon realization.

My list is flawed – it’s highly subjective. It has been filtered through my cultural circumstances and according to my preferences. These are books I have read and movies I have watched growing up. What the items on the list have in common is that for each, I both enjoy the literary work and the movie, though not necessarily equally. This is the reason that Goodfellas or The Silence of the Lambs are missing – I simply haven’t read the books on which they are based. In other cases (Moby Dick), I love a book but not its movie version.

I also think that to at least some degree, so far these works have been able to stand the test of time. I don’t mean to imply that the movie versions are particularly faithful renditions of the original; on the contrary, in many cases I consider the movie great art because the director took liberties and deviated wildly.

If you’re looking for a list to help you pass yourself of as a connoisseur, this top 10 or top 40 or this list of Oscars for movies based on books might serve you better. In my opinion, if you start including Lolita or All Quiet on the Western Front, before long the whole thing becomes way too serious. I wanted this to be a fun exercise. I was deliberating way too long on The Big Sleep, for example, so I just threw it out.

So here, without further ado, my top 10:

Named one of the most important novels of the twentieth century by numerous newspapers and lists, Naked Lunch and its cut-up style upset both art and obscenity, in other words, American culture as a whole. The novel remains influential until today. For the movie, director David Cronenberg drifted from the infamous book and fused William S. Burrough’s biography and writing style. The combination of director and writer is fascinatingly repulsive.

9. Requiem for a Dream

Darren Aronofsky’s adaptation of Hubert Selby’s Requiem for a Dream is a frenetic tour de force tale with over 2,000 cuts exploring different types of addiction, overwhelming craving and loss of control. Ellen Burstyn’s performance in this film is award-wining and considered her best acting achievement by herself.

8. One Flew Over the Cuckoo’s Nest

I love both Milos Forman and Ken Kesey. The director had the vision to change the perspective of the novel from Native American Chief Bromden to Randle P. McMurphy, granting Jack Nicholson license to a great performance as a charismatic misfit who is acting crazy to avoid prison work detail.

American Psycho by Bret Easton Ellis is a ferocious and hilarious black comedy exploring the special kind of madness that were the Manhattan 1980s. The movie adds the appropriate soundtrack and casts Christian Bale as logical and only possible choice for Patrick Bateman, allowing him to act out director Mary Harron’s vision of the material.

Compared to the many cuts and versions of the movie Blade Runner, the original novel Do Androids Dream of Electric Sheep? by Philip K. Dick seems almost simplistic. Both masterpieces remain ahead of their time.

Which of Stanley Kubrick’s movie adaptations to pick? I am equally comfortable with Clockwork Orange or 2001: A Space Odyssey for number five on this list. I’m not saying The Shining is the best of the these three movies. But it is arguably the most complex horror film ever made, from spatially impossible sets to Kubrick trolling the actors with an inaccurate model of the maze. Hands down the best on-screen version of prolific writer Stephen King’s work.

A director of grandeur rivaling Kubrick’s, Francis Ford Coppola nearly went bankrupt with his project of adapting Heart of Darkness for the big screen, a ‘mere’ novella by Joseph Conrad. He strayed wildly, and the documentary Hearts of Darkness: A Filmmaker’s Apocalypse almost tells the literary original’s tale better. With its different versions and endings, Apocalypse Now is unlike any other film.

Author Chuck Palahniuk intended Fight Club as an extended middle finger into the faces of publishers who rejected his first novel. Making a wish upon the manuscript, the writer’s friend Ina said, “I want to meet Brad Pitt” (as documented by Palahniuk in Fugitives and Refugees: A Walk in Portland, Oregon). The book was published one year later, director David Fincher got hold of the material. He cast Brad Pitt as Tyler Durden in the movie, the unreliable narrator’s other half of his split personality. Ina got her wish, the rest is history.

You can substitute Trainspotting for Fear & Loathing in Las Vegas all you want, in my opinion, Hunter S. Thompson trumps Irvine Welsh. Only Terry Gilliam could bring this work to the screen in the true spirit of Gonzo.

I watch this movie at least once per year. Charles Bukowski created Henry Chinaski as his fictional counterpart in Factotum, and Matt Dillon’s performance is outstanding, making you keep faith in life, and writing.

Terry Gilliam again: the director has been trying to adapt and film Don Quixote for more than two decades now. The Sisyphean project has been stalled by lack of funding, floods and disease. After eight failed attempts at shooting, Gilliam is currently working with Adam Driver and Michael Palin on The Man Who Killed Don Quixote, which is slated for a 2018 release. You have to admire the director’s approach: “I will be dead before the film is,” Terry Gilliam said.

Featured image Kubrick by Rick Harris licensed under Creative Commons (CC BY-SA 2.0) and cropped to fit the format of this article.