Where The Butterflies Go is a children’s book I wrote. It tells the story of a girl who discovers the tale of giant Redwood tree and learns about natural forces, connections between plants and animals and friendship. It was illustrated by Alexandra March and published by lightbooks in 2014.

Excerpt: Where The Butterflies Go

Orlena loved exploring the wilderness behind her house where she lived with her father. Sometimes, when the fog rolled in from the Pacific, the forest looked mythical and magical.

“Don’t get lost in the fog,” her dad would say.

“I won’t,” Orlena always replied,” not with the tree guiding me home.” 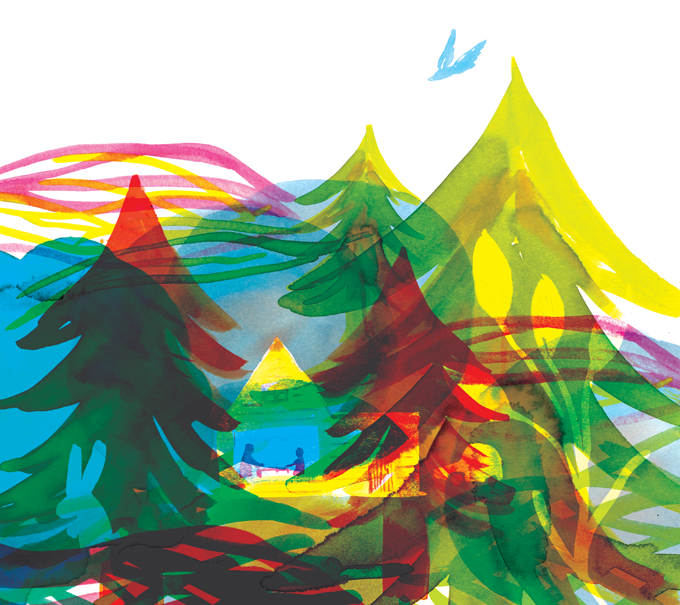 Even in the densest fog, Orlena could always rely on the tree looming out of the mist. She never got lost – the tree was pointing her back home.

All around the redwood, the ground was covered with many holes small and large.

“Like the surface of a distant planet,” Orlena thought. She often played in these holes by herself beneath the tree.

It was a bulbous and gnarly tree, with thick, splintering bark and a hunched top.
“What a huge and ancient tree you are,” Orlena said.
“Your voice is as raspy as your bark.”
“It’s creaking like old floorboards in the living room.”
“It’s booming like a door shut by the wind.”
“Yet it’s warming, like sitting on a pier of sun-soaked planks.”

“I like you. You stand here like the look-out, the guardian and king of your realm all rolled into one. But you’re all alone.”

The redwood tree seemed to be leaning in.

“All of this used to be a grove of eucalyptus trees,” it said, spreading its branches.

Orlena looked about her at the holes in the ground.

“Were they as tall as you – the eucalyptus trees?” she asked.

“No, even the grown ones were only about this tall,” said the redwood, pointing to a knee-like knot in its bark. To Orlena that was very high, but for the redwood tree, it was still close to the ground.

“Where have they gone?” Orlena wanted to know.

You can order Where The Butterflies Go from Amazon.